What Does An Economist Mean by “Diminishing Returns?

Diminishing returns is described as a yield rate that after a certain point fails to increase proportionately to additional outlays of capital or investments of time and labor.

FED increasing monetary base is neither a bargain nor a model of efficacy.

Growing up, we would have described it as less bang for the buck. 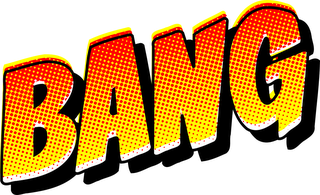 As we can see from the figures above, our latest forays into Quantitative Easing are showing a lot less “bang for the buck.”

“The simple fact is that the Federal Reserve HAS reached the point of diminishing return.  The economy has grown increasingly insensitive to debt and credit growth.

The returns to extra debt growth are approaching “nil!”  This argues against more rapid debt and monetary base expansion. ” -Dr. Ken Mayland

The data  above shows an extreme degree of diminishing returns. The current policy is severely punishing savers who are trying to do the right thing, and enabling the federal government to spend with abandon, and also risks, as in the 1970s, a runaway inflation situation. Savers are needed to  invest in new equipment that creates jobs… Why save? Why invest?

At what decimal place will we need to define the term IMPOTENT?

We may find out soon enough.

This entry was posted on Friday, August 31st, 2012 at 2:44 pm and is filed under Front Office. You can follow any responses to this entry through the RSS 2.0 feed. You can leave a response, or trackback from your own site.