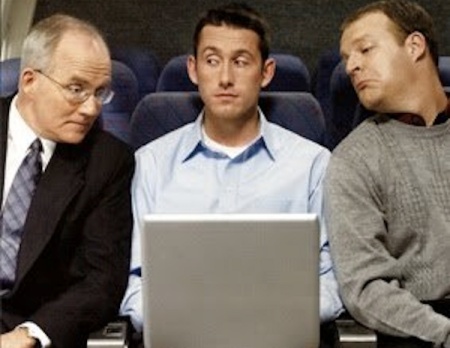 But I’d still be careful about what I was doing…

The FAA wants your comments regarding  in flight Portable Electronic Device policy.

“The FAA seeks comments on current policy, guidance, and procedures that aircraft operators (ranging from pilots of general aviation aircraft up to and including air carrier certificate holders at the major airlines) use when determining if passenger use of portable electronic devices (PEDs) may be allowed during any phase of flight on their aircraft. “

Why do they have the policy? Here is the current FAA Fact Sheet.

No they don’t want your seat mate to be gabbing on their cell phone the entire flight.

But they are opening up the possibility that real scientific evidence, rather than just all encompassing paralyzing fear that “something,” “could,” “happen.”

In this case I am rooting for the committee that is to be established.

We just might get some “Intelligent Management of Risk” out of this.

If enough people comment, we might just get to the point that it won’t be illegal to take photos out of the window during takeoff and landing.

This entry was posted on Wednesday, August 29th, 2012 at 4:27 pm and is filed under Engineering, Front Office. You can follow any responses to this entry through the RSS 2.0 feed. You can leave a response, or trackback from your own site.