Charles Martin Hall discovered the electrolytic process for extracting Aluminum from its oxide, 125 years ago from tomorrow. Hall later went on to co-found ALCOA, and gifted his Alma Mater, Oberlin College, with 1/3 of his estate.

Paul T. Heroult made the same discovery around the same time, and history credits both men for this accomplishment by calling it the Hall-Heroult process.

Aluminum is a critical material of our modern technologies- airplanes, air conditioning and refrigeration parts, engine blocks, cookware, beverage cans. As copper prices continue to escalate, our customers are finding aluminum parts are becoming viable substitutions. And the price of aluminum seems less variable, too. Thats good news for shops that make parts out of aluminum.

According to the Metal Service Center Industry association:

U.S. metal centers shipped 100,300 tons of aluminum products during December, or 26.7 percent more than during December 2009. Aluminum inventories at the end of the year totaled 347,900 tons, 33.5 percent above the stockpiles of a year ago and equal to a 3.5-month supply.

In Canada, service centers shipped 9,000 tons of aluminum during December, up 16.7 percent from the same month last year. Aluminum inventories at year end of 31,300 tons were 7.2 percent above stocks at the end of 2009 and equal to a 3.5-month supply.

We believe that continued demand for copper  in global developing economies will increasingly make aluminum a cost effective substitute. Add demand for lighter weight vehicles and improved fuel mileage and we can see that aluminum will continue to increase in its use in our shops. 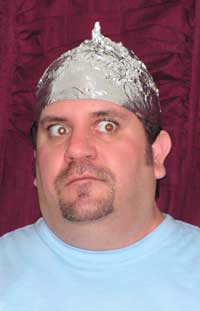 And to protect our critical thinking…

This entry was posted on Tuesday, February 22nd, 2011 at 4:57 am and is filed under Break Room, Engineering. You can follow any responses to this entry through the RSS 2.0 feed. You can leave a response, or trackback from your own site.